If you’re older than fifty you probably remember the standard salt on the table was Morton’s “iodized” salt. The U.S. was historically iodine-deficient prior to the early 1920s, particularly in the goiter belt region of the Great Lakes, Appalachians, and the northwestern area of the country. This was due to the effects of natural atmospheric processes. Following the successful implementation of the salt iodization program in Switzerland. Iodized table salt was introduced in the U.S. during the 1920s which significantly improved its iodine nutritional status.

We don’t hear much about iodine anymore. Yet it is an essential nutrient and, essential in the prevention of many cancers.

When we think of iodine we usually focus on its important role in making thyroid hormones, which it does and is essential for that to happen. What many of us don’t realize is the role it plays in many other parts of the body. The levels of iodine have dropped 50% over the last fifty years, could that be why we are seeing such a spike in breast, ovarian, and prostate cancers? 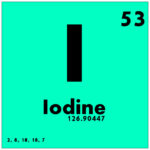 Iodine’s Role in the Body

Iodine is found in each of the trillion cells in the body. Not only responsible for thyroid hormone iodine is also responsible for all the other hormones in the body as well. Iodine levels are important for proper immune function. It is antiparasitic, antibacterial, antiviral, and has anti-cancer properties. Iodine is also very effective for treating fibrocystic breasts and ovarian cysts.

Went for my breast Thermography exam yesterday and need to share the positive changes in my body from iodine. One year ago my breasts were hard, lumpy, swollen, and hormonally inflamed. After one year on iodine, all of the inflammation is gone and my breasts are so soft. I know in my heart that if I didn’t start the iodine protocol that I was heading down a very dark hole. Also, my dead and cold thyroid lit up when last year it didn’t even register in the exam. Theresa M.

Where Do We Get It In the Diet?

What is the amount of iodine found in iodized salt? Iodine is added to table salt at 100ppm in the form of potassium iodide, which amounts to 77ug iodine/gram of salt. It is estimated that less than 50% of the U.S. population uses iodized salt. Much of the population is told to go on a “low salt” diet due to high blood pressure as well.

Additional sources of iodine can be found in seafood, seaweed products, multi-vitamins, eggs, meat, and dairy if the feed contains iodine. During the 1980’s much of the iodine was removed from food products. One of those items was white flour. Iodine was removed and Bromide replaced it, Bromide is an antagonist to iodine.

The deficiency of iodine is reaching a critical state. The RDA for iodine is 150ug (micrograms) There are certain sub-groups of people that are at a higher risk of iodine deficiency.

Iodine is not only needed…

Dr. David Brownstein’s book “Iodine Why You Need It – Why You Can’t Live Without It” has testimony after testimony of patients who had been on thyroid hormone therapy and yet still did not feel well. Many had Hashimoto’s disease, an auto-immune disorder of the thyroid.

I diagnosed my nurse with Hashimoto’s disease. Angela’s complaints were fatigue, difficulty concentrating, and a general sense of not feeling well. She was only 23 years old. Angela was treated with iodine (50mg daily) and a complete supportive nutritional program. Angela felt about 30% better on the program. When she walked into my office one day she saw a bottle of ATP co-factors on my desk and asked “what is that?” I told her it was additional therapy for Hashimoto’s, Grave’s disease, Fibromyalgia, and Chronic Fatigue patients. She said, “I have Hashimoto’s, how come I’m not on that?” I had to admit I hadn’t added that into her program. After starting on the ATP co-factor (B-2, B-3) she felt an immediate improvement. Dr. David Brownstein 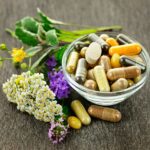 It’s easy to just think we can go out and start taking some iodine but that is not the case. It’s important that you are working with a health care practitioner that is familiar with how to dose iodine and the other co-factors that are necessary to take.

Iodine can have a detoxification effect on the body. Remember, every cell in your body needs iodine but there are other competing chemicals that may have prevented the absorption of iodine. These are called “halogens” and include chlorine, fluoride, and bromine. They fill up the receptor site for iodine at the cellular level. If incorrect dosages of iodine are given and/or not enough supporting nutrients are on board, the body will actually get more toxic.

I recommend that you order a 24-hour loading and bromide level test kit prior to supplementing with iodine. This is recommended because you may obtain a high saturation level on the iodine loading test. As a result, you believe your levels are fine when in fact bromide toxicity will block the iodine receptors not allowing the iodine to enter the cell which results in an elimination of iodine when it is needed/deficient thus skewing the test results.

It is not recommended that you do the spot test as this is only an indicator of how much iodine is in the diet and the amount that has been ingested in the last 24-48 hours. It offers no real value in determining the body saturation level. 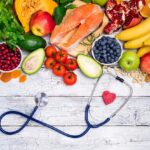 I want to encourage you again to work with a doctor, functional medicine doctor, naturopathic doctor, or nutritionist if choosing to do an iodine supplementation program. Iodine supplementing can be very detoxifying and you may experience unpleasant symptoms. When working with a health care professional they can guide you on proper dosage and how to deal with detoxification symptoms.

One of the blessings and a curse of iodine supplementing is that toxins are released in the body. It is a blessing because bromide, fluoride, mercury, and lead are released from the cells so that the healing can begin. But the curse comes from the large amount of toxins being released which in most cases, cannot be eliminated quickly and effectively. The average person has no idea just how toxic they become. By the time illness sets in, the toxicity is more than likely very high.

Prior to starting an iodine program a few weeks of concentrated liver, lymphatic support, kidney, and digestive support with the purpose of increasing bile, cleaning up the diet, and cleansing the body, will offer a better result on your iodine journey.

Chris is also a Certified Nutragenomix practitioner and this allows her to look deep into your genetic profile and personalize your nutrition program based on your unique genetic fingerprint.

As we start to open up our country we will venture out more and more.  We will eventually be exposed to COVID-19.  How prepared do you think your body is to create antibodies against it?

END_OF_DOCUMENT_TOKEN_TO_BE_REPLACED

I haven’t written about COVID-19 for a while.  I’ve been waiting for some of the research to come forward with the cases that presented themselves.  You are probably aware, the medical field has tried a multitude of pharmaceuticals and natural therapies with mixed results.  I’m sharing one of the “standouts” in the natural therapy arena, Glutathione.

END_OF_DOCUMENT_TOKEN_TO_BE_REPLACED

We Are a Statin Nation

So I started the month of February off with this
question, “do cholesterol numbers matter?” and I’ve done two articles on heart health and the true cause of heart disease. This is my final article of the month and we will take a look at statins, do we need them and what testing we really want to determine our risk of heart disease.

7 Ways to Beat a Cold or Flu Naturally

We are in the midst of the cold and flu season and by now you have heard of the Coronavirus that the U.S. is very concerned about coming from China.  This is always a concern when we see a new strain enter our country but we also can be exposed to our common strains of colds and flu every single day.